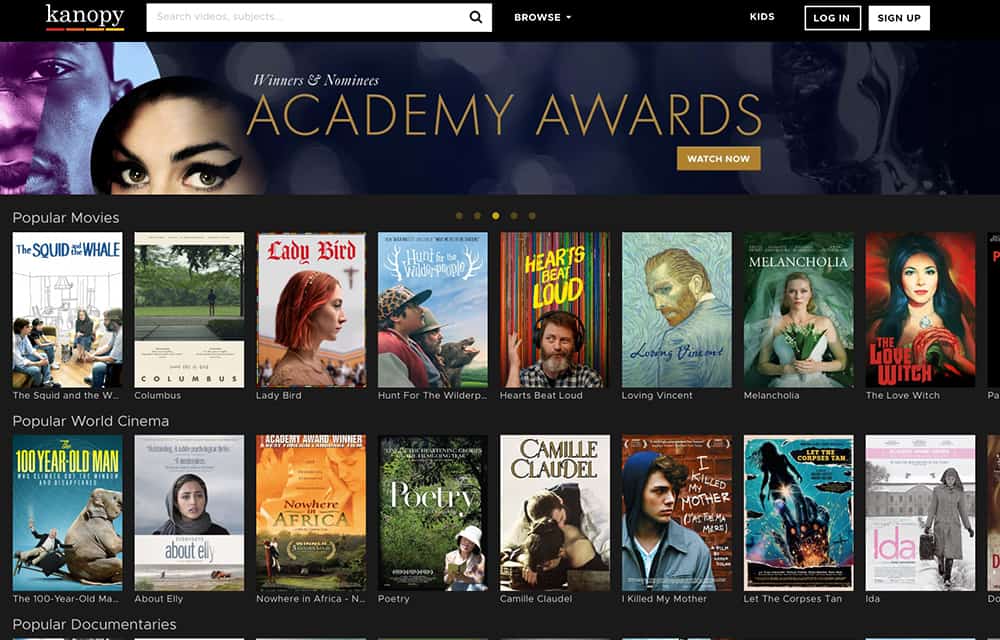 Kanopy provides patrons access to films that are often difficult or impossible to access elsewhere and that are of unique and cultural value. The programs and films feature diversity with a wide array of foreign films and films that deal with current affairs.

The best part…there’s no holds or waiting lists so you can watch any video immediately.

Setting up your device.