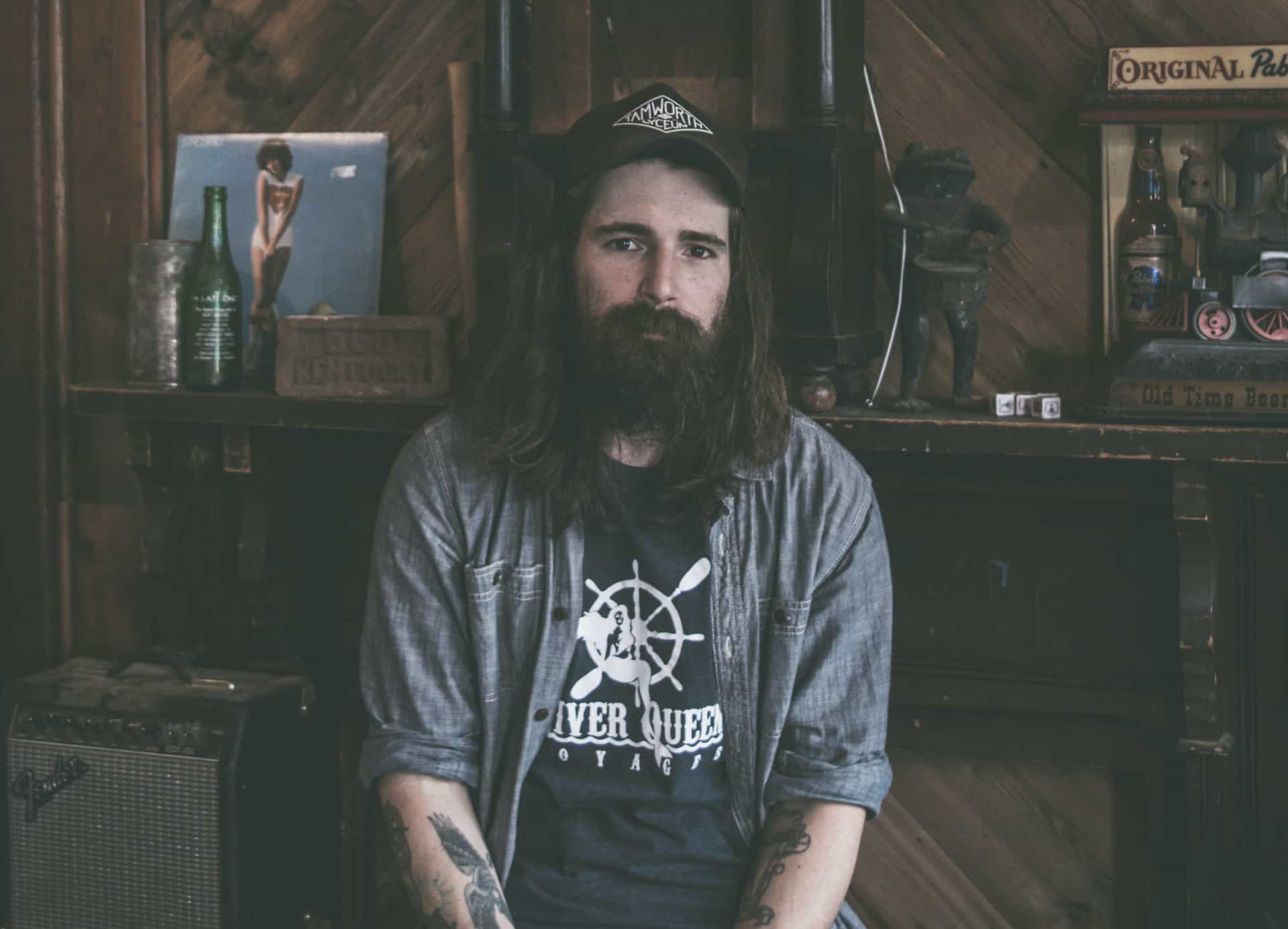 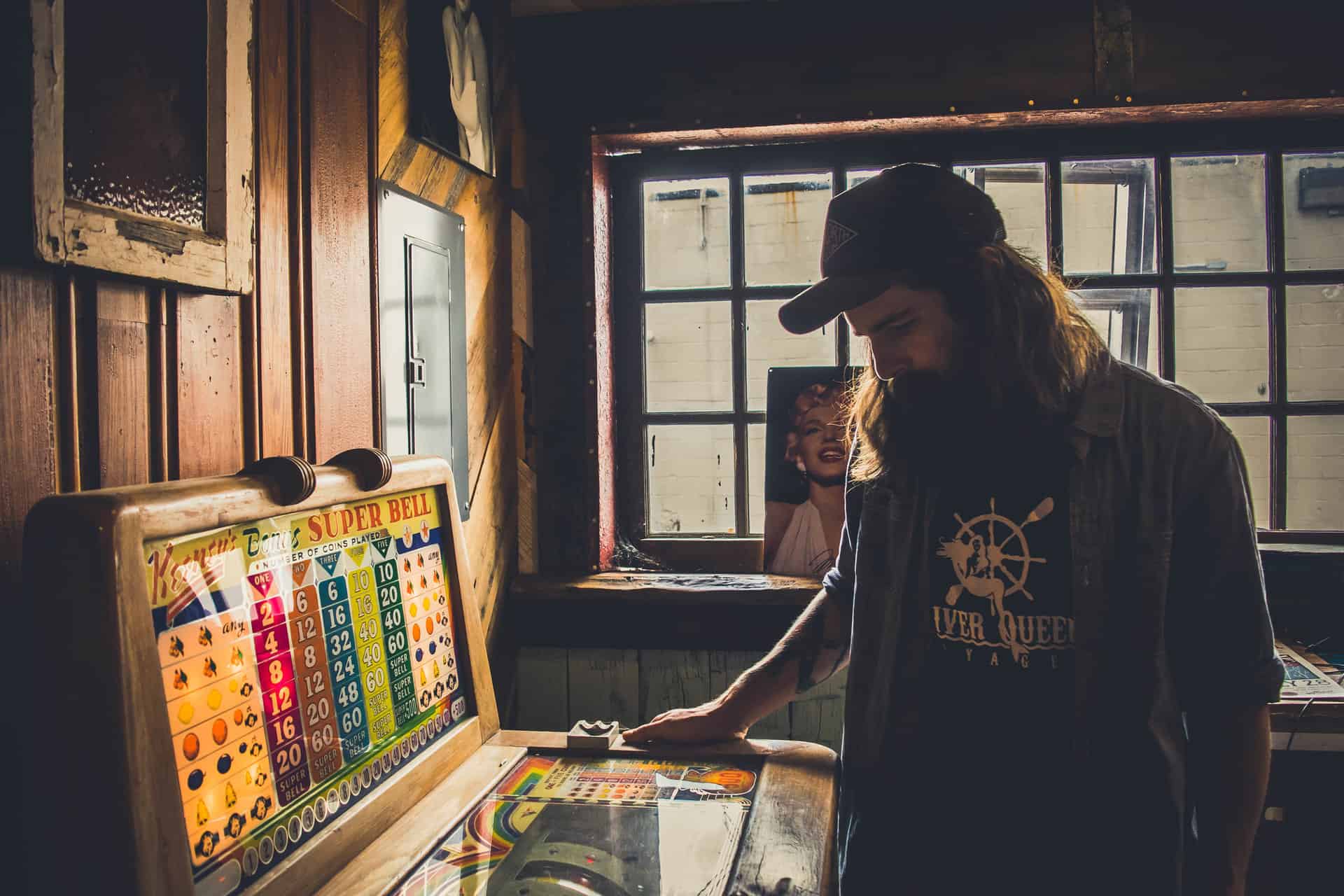 Join us for an evening of great music as we welcome John R. Miller and the Engine Lights to the library stage for an online concert Thursday, November 12th at 7pm.

John R. Miller began playing and writing music while growing up in the eastern panhandle of West Virginia, an area along the Potomac River where the mountains meet Interstate 81, and has since performed his songs across the US, Canada, Ireland, the UK, Japan, and Europe. He’s made several appearances on NPR’s Mountain Stage with Larry Groce, has been a featured songwriter and performer on the Travelin’ Appalachians Revue, and his song “Coming Down” was performed by Kentucky artist Tyler Childers on his album Live at Red Barn I & II.

“It’s when Miller slows things down, though, that we get the biggest payoff. While it’s fun to party along with Miller and the Engine Lights, these more contemplative songs feel like a sucker punch. The final two songs on the album, “The Wheel” and “Strung Out,” bring warm compassion to the kinds of regrets we all have. Ultimately, Miller seems to be acknowledging that the hard stuff is what we need to do in order to grow as people. “ – Rachel Cholst [review] from Wide Open Country

“John effortlessly blends dirt-under-your-nails realism with genuine human emotion. This kind of thing doesn’t happen enough in music, not some kind of hokey songs for the working man but actual songs with an awareness of work.” – Charles Hale from from Ninebullets’ review of Service Engine

“Whether it be stoner philosophy or just beautiful wisdom, “The Trouble You Follow” offers some of the better mental stimulation I’ve had this year. I’m not sure if John earns a special spot in my heart because of how much his words remind me of a close friend’s or not, but I feel he’d be just as relatable to anyone that gets lost in their head too much and needs a wakeup call. All of us can use a truth-sayer in our lives.” – Chris Prunckle [review] from Wannabe: A Six Panel Music Blog

” J.R. Miller’s work is distinctly American, and it could sit comfortably with all those other works you might think of. His influences are not covert, and when you notice those influences what you’ll hear is mindful admiration, never leaning lazy. With John, you just get the song in its perfect natural form, which is to say good, slow, earnest, real, in line with tradition, uncommon, beautiful, loud, fast, ugly, hard, easy, tender. John’s songs save themselves from the embarrassment of being themselves.

…I don’t know for sure how best to make my case here, but I can say that there are plenty of lesser songwriters out there in the world. They rhyme where they shouldn’t, and they don’t where they should. They ride a melody but say something dumb, and beautiful words are always drowned under shit. All I know is John Miller is the real thing, and his work is tremendous the way a river is tremendous next to a trickle, the way sunrise is tremendous next to just about anything else.” – Howard Parsons from Dog Man

” Stylistically, the music on the new album is there to support Miller’s ample lyrical gift. In this respect, The Trouble You Follow immediately brings to mind the most recent John Prine record, The Tree of Forgiveness. Both men are more than capable of presenting their songs with only a guitar. An artist who does that for a lengthy amount of time, however, almost inevitably find himself/herself playing with a band again. The Trouble You Follow does well to start with the song “Holy Dirt.” Miller finds transcendence in the grime of an imperfect world. The song embraces this world and recognizes that it’s vital to the creative process in all of our lives. We find the pieces needed for rebirth in the chaos of decay and imperfection. ” – Josh Beane [review] from Hold the Note

” This here is one folksy, stripped down, toe tappin’, red eyed, good time of an authentic country music record. The 10 original new tracks will leave you talkin’ to ghosts, crackin’ a smile with the blues, and at times, reflecting on your own subconscious, and the very vices of self-destruction as you burn gasoline by the light of the moon. This dynamic group of talented musicians let it all hang out on this stellar record that is unapologetically country. ” We Hate Pop Country

“In between all the fiddling and the fingerpicking, John R. Miller sounds like he was born with strings attached. “ – Sam Farahmand [review] from The Fanzine